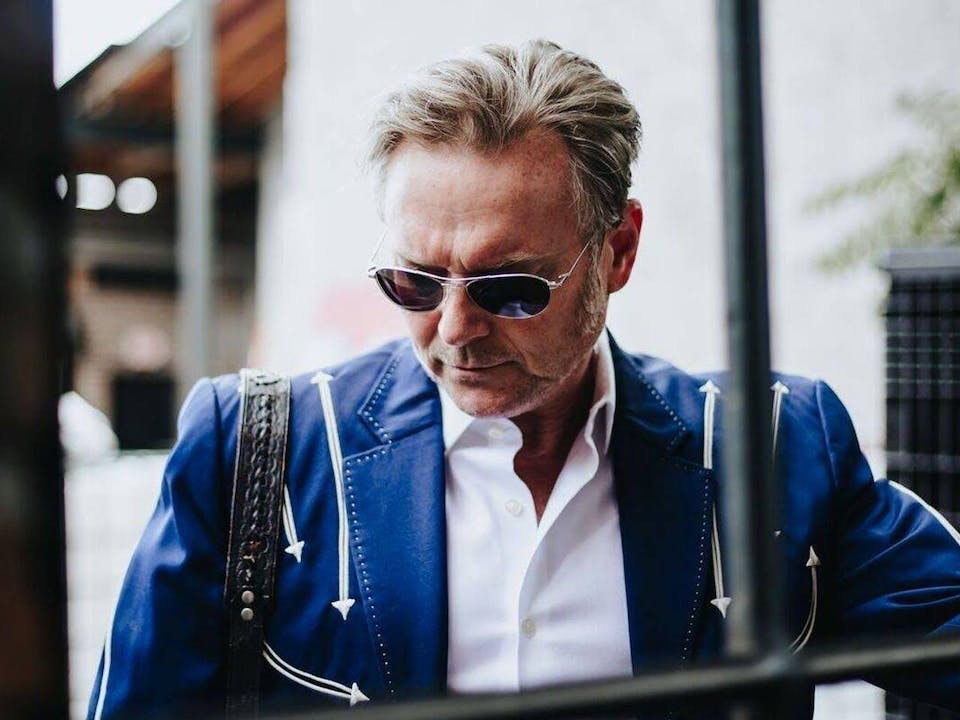 Presented by The Attic

As one of Nashville’s most established performers, Terry McBride has forged an impressive four-decade career in country music as an entertainer, songwriter and musician. Along the way he’s worked with legends like Brooks & Dunn and Delbert McClinton, yet he’s waited until now to emerge as a solo artist. His dynamic set list blends new material, familiar songs he’s written for others, and modern classics like “Sacred Ground,” the signature hit from his band McBride & the Ride.

“I like all kinds of music, but if I've got to focus on what it is I do best, I'm a country singer,” he explains. “Simple songs, but well-crafted good songs, are what I'm in search of.”

McBride grew up about an hour outside of Austin, Texas, dreaming of the day he would grow up and play in his father Dale McBride’s country band. When Terry was 9 years old, his father gave him a guitar and nurtured his son’s raw talent. Before long, Terry would start hanging around the recording studio owned by his family, keenly listening to a rotating cast of session players. From his father, he learned how to write and read musical charts while absorbing the importance of a solid work ethic.

After graduating from high school, Terry McBride did indeed tour as a bass player with his dad – a job he landed after an audition. Then he moved to Austin in the early ‘80s and secured a two-year job as a bass player with Delbert McClinton, along with multiple gigs with other notable Texans.

“I thought I was going to be a musician – until I realized I wasn't,” McBride says. “I had to do more and wanted to do more. I thought the only way I'm going to get anywhere is by creating my own music. I could tell that by being on tour with all these other artists and I was really inspired.”

With encouragement from the industry figures he knew, McBride decided to see if anyone in Nashville would be interested in his songs. On his trips he’d have just enough money to spend one night in a hotel; if he stayed longer than that, he’d park at the airport and sleep in his car. That diligence paid off when his voice caught the attention of MCA Nashville executive Tony Brown.

Looking to harness McBride’s vocal power, the label assembled McBride & the Ride. Their first album didn’t perform well but another label executive felt that “Sacred Ground” might be their breakout hit. The heartfelt song had been co-written and recorded by Kix Brooks for Capitol Records. However that record deal had fallen apart – thus, paving the way for Kix Brooks and Ronnie Dunn to form the iconic country duo Brooks & Dunn.

Just as Brooks & Dunn’s career exploded in the early 1990s, McBride & the Ride enjoyed their own wave of popularity by following “Sacred Ground” with Top 5 hits like “Going Out of My Mind,” “Just One Night,” and “Love on the Loose, Heart on the Run.” When McBride happened to bump into Ronnie Dunn in the elevator at an awards show, Dunn couldn’t stop raving about how much he loved McBride’s music.

Within a few years, McBride & the Ride dissolved, yet McBride’s career as a songwriter was just catching fire. Brooks & Dunn scored a hit with “I Am That Man” while John Anderson covered “Burnin’ Up the Road” and George Strait recorded “Nobody Has to Get Hurt” and “Always Never the Same.”

Sensing a musical bond, Dunn invited McBride out on the road, where they wrote “He’s Got You” and many other songs. Today, McBride is a co-writer on 13 of Brooks & Dunn’s singles, with an overall 25 cuts with the duo. This rich catalog includes the No. 1 smash, “Play Something Country,” as well as Brooks & Dunn’s two duets with Reba McEntire: “If You See Him/If You See Her” and “Cowgirls Don’t Cry.”

“I thought writing is so tough,” McBride admits. “I'd never been one of the hot guys. But what I wrote was the right fit what Ronnie wanted to do. And I felt comfortable with Ronnie. So if I had a good idea, I would always share it with Ronnie first. It was just kind of my job and it worked out really well. Those guys were gone a lot and I was usually on tour hanging with them. That was the best part of it – it was like hanging out with your friends and having success, all of us together.”

Following a brief McBride & the Ride reunion in 2002, McBride went back on tour in Brooks & Dunn’s band. He also placed songs with Garth Brooks, Easton Corbin, Josh Gracin, Cole Swindell, Gretchen Wilson, and many others. In addition, McBride and Chris Stapleton co-wrote “Gonna Come Back as a Country Song” for Alan Jackson.

Yet after nearly 20 years away from the spotlight, McBride is ready to return to center stage. Inspired by the honky-tonks and dance halls of his youth, he released the Hotels & Highways EP in 2017 and just wrapped up a new album Rebels & Angels produced by Grammy winning songwriter/producer Luke Laird. By turning his attention to songwriting, he’s been able to take care of his voice – which sounds just as strong and distinctive as it ever has.

“I want to really focus on who I am as an artist,” McBride says. “I’ve found those songs where I can really express myself and be me. I'm really enjoying being able to get out and perform and sing well and have people enjoy it. There was so much touring early on. I was so fortunate to be playing 200 dates a year – it's mind boggling. It was such a blur. Now I'm taking it at my own pace and it's continuing to ramp up. It’s an exciting time to be in the business.”