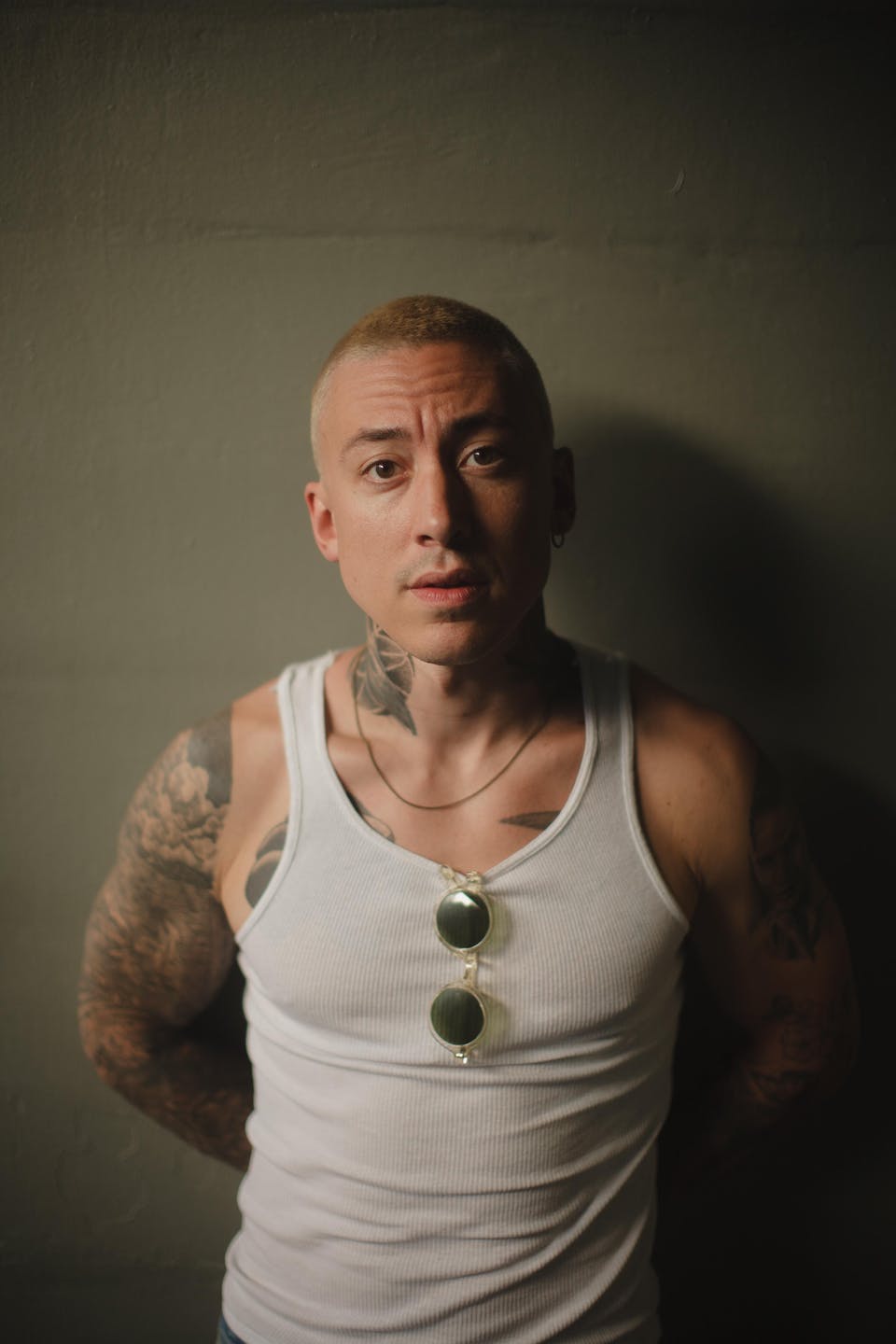 on valentines day, 2019, i was in bed with my girlfriend, in a hotel room in seattle, tripping on mushrooms. i was showing her bits and pieces of the album in its then unfinished form. at the time it was going to be called “i hope you meet everything you fear.” i guess it still could be. but as i was hearing the songs outside of my own ego, i began to see a pattern. or more so a person. a boy. a boy who had tried really hard for a long time to fill a space in his heart. a boy who didn’t know how to be alone, but regardless spent most of his time floating in his own head. a boy who really, really wanted to experience love — a majestic love, an epic love. and in the end, a boy who didn’t have anything to prove anymore.

it’s been a challenging couple years for me. i’ve had expectations shattered, relationships fail. i’ve felt the mortality of my own body. i’ve been hurt and caused hurt. i’ve spiraled into periods of substance abuse. but along the way i’ve sidled up to myself. i’ve been able to look in the mirror with more grace and be ok with who i see there, with all his flaws and imperfections.

some of these songs are very old. someone told me once that songwriters are like prophets (though he said you should never say that in an interview. sorry john). we’re meant to see things that others can’t. sometimes those “others” are ourselves. there are songs on this record that I wrote years ago, without really grasping their meaning until now. my therapist says art is the self talking to the self. i guess i was trying to get a message across, cast out into the sea of songs like a message in a shipwrecked bottle.

i imagine this album as a sci-fi movie, where a man travels through the infinite darkness of space, alone in his ship. he eventually goes mad, is visited by some interstellar being of light who bestows on him a revelation. he falls into a dream state and makes love with an angel and is made whole for a moment. later he wakes up, alone in his cockpit, with that sort of sad but beautiful certainty that comes from accepting one’s aloneness.

my close friend and producer andy park also poured his soul into this record. we spent 2 years, mostly in his apartment, carving away at it. sometimes it felt like we had poured a slab of concrete, with the blind faith that somewhere inside was a beautiful sculpture. this is just as much his record as it is mine. also shoutout to his lovely girlfriend tess for letting me invade their space constantly and making them miss game of thrones because of last minute mix recalls.

to all the people in these songs, i love you. i’m sorry for the hurt i’ve caused.

and to you, the listener, i hope you find a space for this record. i hope it moves you. i hope above all that it can remind you to be kind to yourself, to find patience and grace.

“I do not know what I may appear to the world, but to myself I seem to have been only like a boy playing on the seashore, and diverting myself in now and then finding a smoother pebble or a prettier shell than ordinary, whilst the great ocean of truth lay all undiscovered before me.”

‘Even if you didn’t realise it, you might well have heard Harrison Whitford playing already – his haunting guitar parts can be heard all over Phoebe Bridgers’ Stranger In The Alps. Whitford is a longtime collaborator and friend of Bridgers, having played and written with her consistently for over six years but his own music speaks for itself.

We fell in love with it the moment we heard his debut album Afraid of Everything earlier this year. It’s startlingly honest and packed full of poignant, candid songs that put himself and his frank and dazzling songwriting on full display. Balancing the sombre delivery of Elliot Smith with the pop charm of Paul Westerberg – two songwriters he cites as major influences – it’s a haunting and evocative piece of work from a young songwriter at only the beginning of what promises to be a long and brilliant career.’