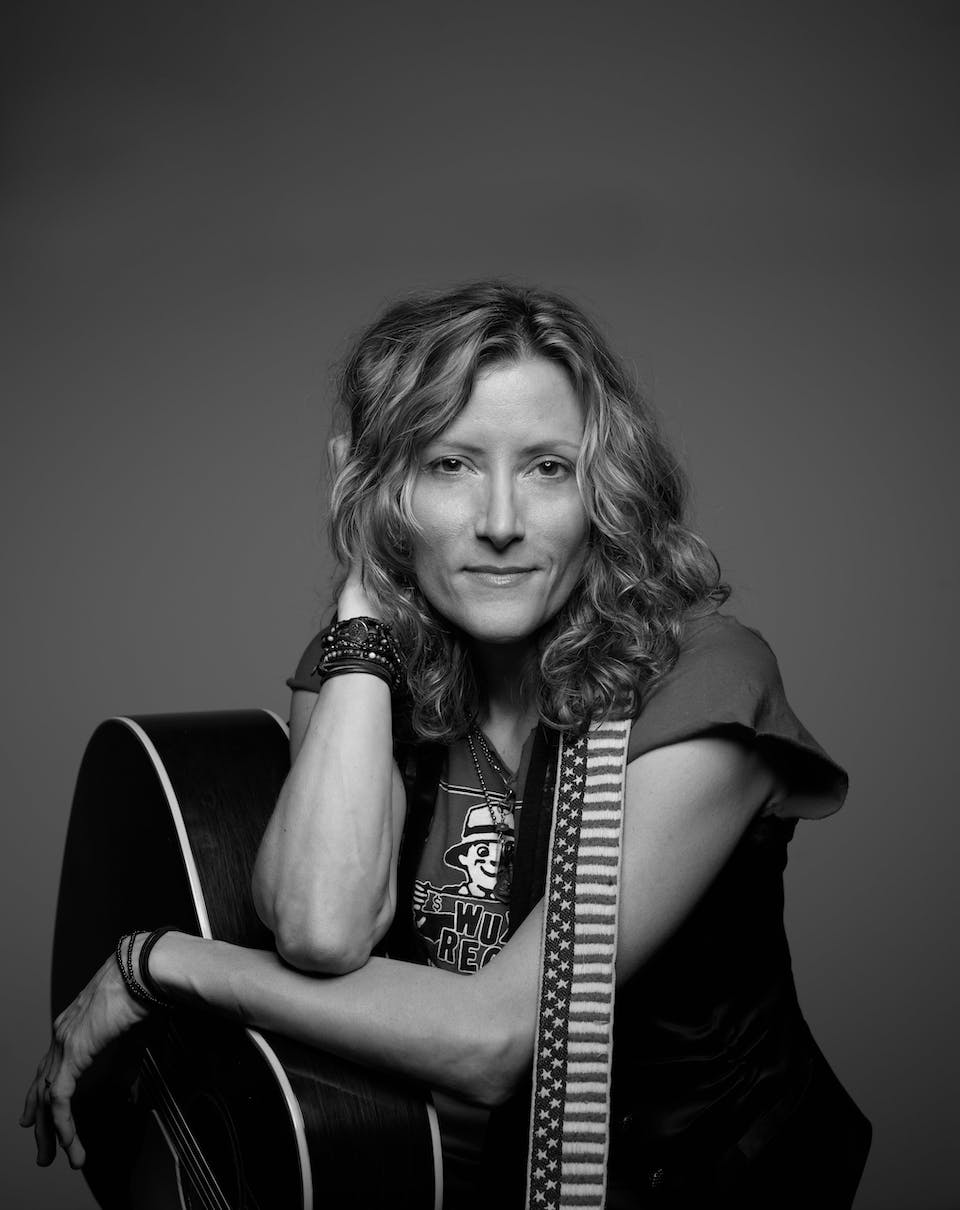 Michelle Malone Comes Out Swinging on Slings And Arrows

Compared to most musical artists in the Americana genre, Malone seems like a pair of distressed blue jeans amidst a sea of pantsuits. Unlike the surplus of self-professed rootsy rebels, one listen to this woman from Dixie and you know you’re hearing the real thing. Credit Michelle Malone with doing things her own way for the better part of the past three decades, and defying expectations in the process.

She’s had her share of success, courtesy of some 15 studio albums, her own independent SBS Records label, numerous top flight film and TV soundtracks, kudos from the critics and collaborations with a remarkable roster of amazing artists, among them, the late Gregg Allman, ZZ Top, Ellen DeGeneres and the Atlanta Symphony Orchestra. Chuck Leavell, the master keyboardist who has backed both the the Rolling Stones and the Allman Brothers, cited her as “One of the best female vocalists I’ve ever heard.” It’s little wonder that Guitar World once hailed Malone as “Equal parts guitar slinger and sweet songstress, with masterful lyrical introspection – sublime to raucous.”

A singer, songwriter, guitarist and producer whose music is informed by blues, roadhouse rock & roll and Georgia soul, Malone’s stunning and stirring new album Slings and Arrows (Due February 16 via SBS Records) pushes the parameters even further. It’s upbeat, defiant, and jubilant, flush with the raw energy and emotion that’s always been a part of her signature sound all while nudging her deeper into some personal territory she hasn’t explored before. Malone deals with issues that have been burned into her psyche and affected her deeply. These songs speak to desire and disappointment, optimism and awareness, all with a driving and fiery conviction. “It wasn’t planned that way”, she insists, “but inevitably, that’s how the album evolved”.

“The past year seemed to alternate between darkness and light,” Malone reflects. “It’s kind of been the arc of my life in general, but even more so over the past year. In a very real sense, this album is a microcosm of issues that I’ve rencountered, and in writing this record, it became a kind of therapy. It helped change my perspective, and I suspect that there are messages here that can offer affirmation to others as well.”

While it’s not a concept album in the strictest sense, Slings and Arrows does look at a myriad of scenarios from the perspective of the characters that populate these songs. It’s through their hardships that Malone draws parallels with situations she’s encountered in recent years with her friends and family. In that way, Malone offers both a connection and a catalyst for dealing with these universal difficulties.

Slings and Arrows is more than mere meditation or rumination. Malone, an Atlanta native, describes it as a “Georgia record,” due to the fact that the musicians, studios, and even those responsible for the visual art are all Georgians. ”I take a lot of pride in Georgia and the importance that Georgia music has played not only in my music but also in American music in general,” she says. “Georgians such as Little Richard, James Brown, Ray Charles all laid the ground work. Without them, we would never have had Elvis, the Beatles, the Stones - there would be no rock and roll.”

As the New York Times once pointed out, Malone is "The kind of singer and songwriter who can jolt things into overdrive." That’s best evidenced by the fact that the record was recorded quickly live in the studio. It took all of five days to get the songs on tape. “I aim for authenticity,” Malone insists. “I don’t know how to do it any other way. I’m at my best when I’m just being me.”

Malone slyly adds half jokingly and half seriously, “These Slings and Arrows have the power to defeat your blues, move your shoes and put you back together, too!” Who doesn’t want that?