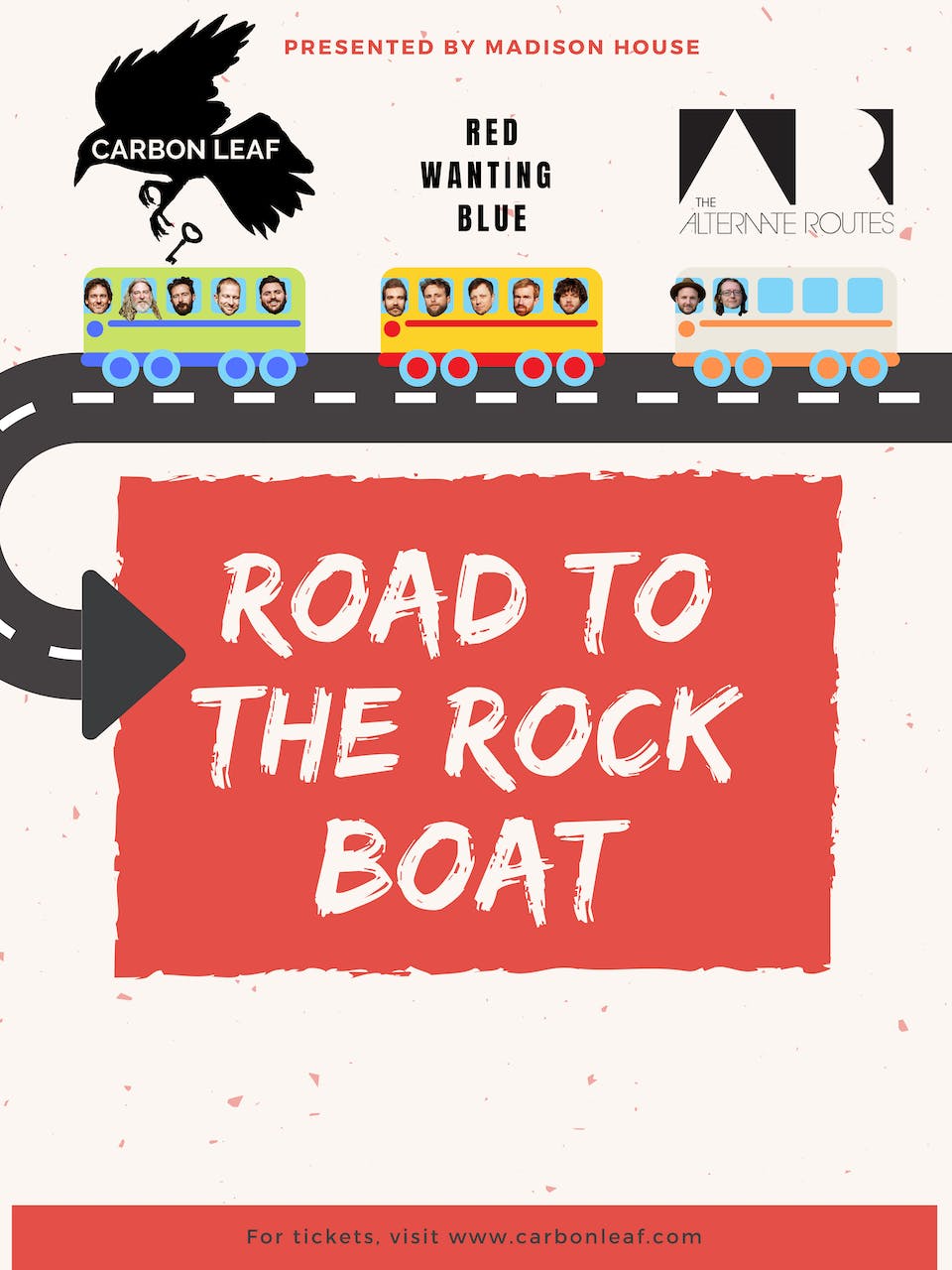 THE LOCATION OF THIS EVENT HAS SWITCHED TO THE ORPHEUM

THIS IS A STANDING ROOM SHOW 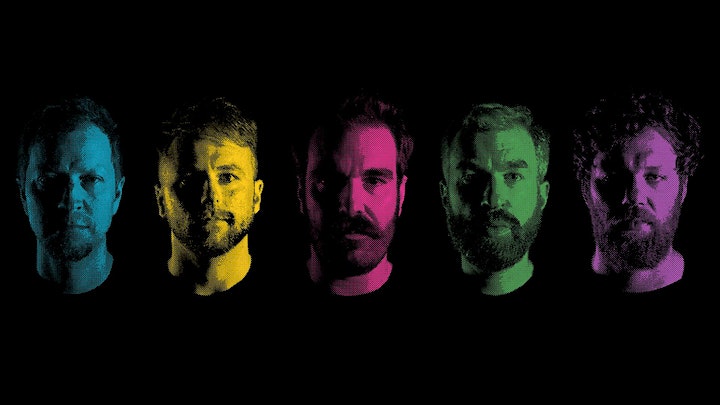 "In every odyssey, there comes a time when you must accept that what you are pursuing is no longer a rational decision," Scott Terry writes in the liner notes of Red Wanting Blue's new album, 'The Wanting.' "It's a choice that does not feel like a choice. It is a hunger."

It's been more than twenty years since Red Wanting Blue first began their long, strange odyssey, and while much has changed for Terry and the rest of the band over those two remarkable decades, the hunger remains. Like the North Star, it's fixed in the firmament, a guiding light perpetually out of reach. Hunger has been their fuel, their motivation, their essence. Hunger has steered every step of the group's extraordinary journey, and now, it's at the heart of their most powerful record yet.

Produced by acclaimed singer/songwriter Will Hoge, 'The Wanting' showcases Red Wanting Blue at their finest, with Terry's epic, heartfelt vocals soaring above the band's gritty, driving rock and roll. Alternately triumphant and melancholic, the songs are both muscular and nuanced, equally at home blasting from a car stereo as they are drifting through a pair of headphones late on some lonely night. Though the record draws on many of the band's traditional strengths-indelible melodies, infectious hooks, explosive performances-the making of it pushed Red Wanting Blue far outside their comfort zone and forced them to take an unprecedented, nearly year-long break from touring.

"We're a touring band," Terry explains matter-of-factly. "We're on the road all the time, so much so that it's painful when we're not. When I was younger, I used to get heart palpitations if I was in the same place for more than four days."

It's that insatiable appetite for the road that helped Red Wanting Blue establish themselves as one of the indie world's most enduring and self-sufficient acts. Hailed as "Midwestern rock heroes" by American Songwriter, the band has spent most of their career operating outside of the confines of the traditional music industry, earning their legion of lifelong fans through decades of relentless touring. Over the course of ten studio albums, they brought their passionate, unforgettable live show to every city and town that would have them, blazing their own distinctive trail through the American heartland as they built up the kind of fanatically dedicated audiences normally reserved for arena acts. Along the way, they notched appearances everywhere from Letterman to NPR and climbed all the way up to #3 on the Billboard Heatseekers chart. In 2016, they celebrated with a 20th anniversary retrospective album/concert film entitled 'RWB20 Live at Lincoln Theater,' which captured the band in all their glory at a sold-out hometown show in Columbus, OH.

Despite the group's distinctly Midwestern beginnings, the origins of 'The Wanting' lie not in Ohio, or even in Brooklyn (where Terry currently resides), but rather in Mexico. It was there, on a day off during the band's sixth annual trip aboard the Rock Boat cruise, that the seeds of collaboration with fellow performer Will Hoge were sown.

"We've gotten really close with Will over the years, and on that trip he basically just said, 'I think we should make a record together,'" remembers Terry. "He told me, 'I'm a fan of your live show and I get the energy that your band is about, and I feel like if you give me the darts, I'll get closer to the bullseye than any other producer you'll meet.'"

The band decided that if they were going to switch things up and work outside their own studio, then they were going to go all in. For the first time ever, they cleared their touring schedule for the better part of a year to focus solely on writing, recording, and mixing the most fully realized material of their career. Hoge made multiple pre-production trips to Columbus while the band rehearsed and recorded extensive demos, and when it was finally time to cut the album, they headed south for their first studio sessions in Nashville, TN.

"We made the album in the big room at Sound Emporium," says Terry. "We were like kids in a candy shop in there. We'd gotten really used to recording in our warehouse studio in Columbus, and suddenly we didn't have to worry about any of those old limitations any more. We had this big beautiful space where we could all play together live, and we knew exactly what we wanted to do as soon as we got in there."

One listen to 'The Wanting' and that clarity of vision is immediately apparent. The record opens with the rousing "High and Dry," a feel-good rocker that also serves as something of a mission statement for a fiercely independent group that's as much a band as they are a family, with Terry singing, "I want to stand on my own two feet again / And when I mess up / That's when I hope my friends will pick me up." On "Ulysses," the band channels early Phil Collins with pulsing synths and larger-than-life drums, while the tender "Glass House" crescendos from a delicate whisper to a triumphant roar, and the dreamy "I've Got A Feeling It Hurts" calls to mind the hypnotic drive of REM mixed with a touch of Jayhawks jangle.

"This is really the most collaborative album our band has ever made," Terry says of the wide range of influences. "It's the first record where every member really contributed to the writing, which is a huge deal because the music got so much better. It's everyone's voices this time, and I feel like we all matured as writers because of it."

"Younger Years" offers a dose of youthful confidence that absolutely begs for an audience sing-along, while "When We Choke" and "This Is The End" both spin dark takes on the weight of love, but perhaps the emotional highlight of the album comes with "The Real Thing," a passionate ode to the present.

If it's hunger that drives Red Wanting Blue, then it's love that sustains them: love for the band, love for their fans, love for the journey. After all, desire is nothing without love, and 'The Wanting' is nothing if not a testament to the power of desire. "It is beyond reason that the heart wants what it wants...yet still it persists," Terry concludes in the liner notes. "I imagine wherever there is the breath of life....with it will be the wanting." 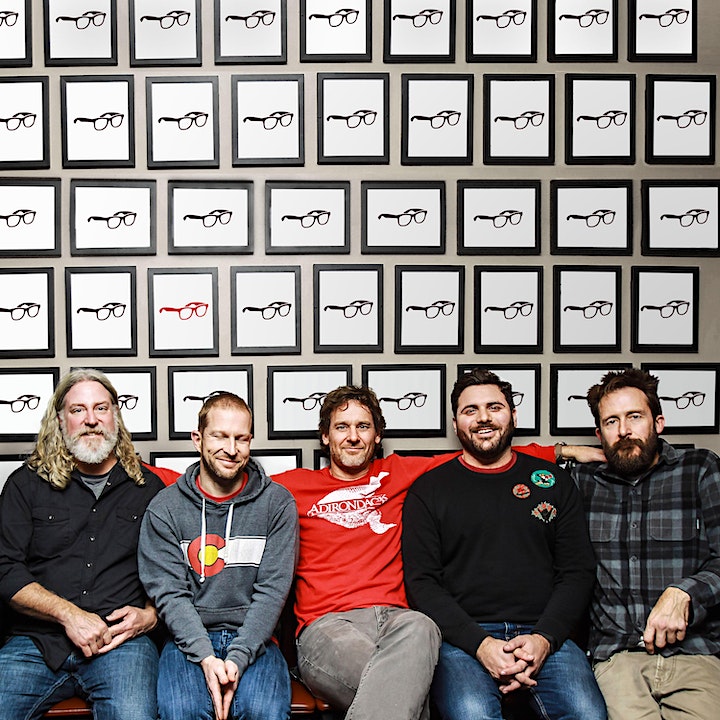 Carbon Leaf writes, records and produces its music independently from their studio in Richmond, VA, and has performed over 2,400 lives shows across 17 albums in their long career.

The group’s independent music and spirit continue to resonate with its fans. 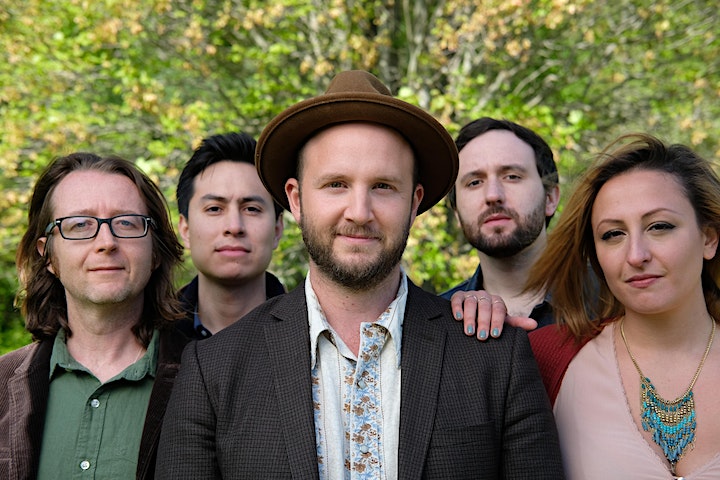 The Alternate Routes are the band that helped us to remember “we are how we treat each other, and nothing more.” Now they’re back with a new single, “Safe Haven”—a love song that uses real life as its backdrop.

“Nothing More” propelled the band into new ears and new heights, having been featured prominently in the 2014 Winter Olympics, on NCIS, and in a partnership with TOMS shoes. It was followed up with "Somewhere in America," a poignant and personal conversation about gun violence that earned the band a 2016 Independent Music Award and a visit to the White House.

“Safe Haven” continues the socially-conscious, no-hold-barred examination on modern living that the band has increasingly embraced. It reflects an evolution and maturity that results from sticking together and trying new things, musically and lyrically, for over a decade.

“Sitting down with someone you love and trying to convince them, and yourself, to keep pushing forward, to face your fears and stay strong, is a sentiment that I hope many people can relate to,” says guitarist, Eric Donnelly.

"Safe Haven" was self-produced by Donnelly, drummer and engineer Kurt Leon, and singer Tim Warren, a sonic departure from previous efforts that highlights the use of the recording studio itself as an instrument. It was mixed by fellow Bridgeport, Connecticut native Peter Katis (The National, Interpol, The Swell Season).

The Alternate Routes first burst onto the scene in 2005 with their breakthrough album Good and Reckless and True. They released several albums on Vanguard Records and on their own, toured extensively, and relentlessly refined their craft. They have collaborated with such seemingly disparate artists as singer-songwriter Patti Griffin, director Lisa Cholodenko (The Kids Are All Right), and guitarist Carl Broemel of My Morning Jacket. They’ve performed on “The Late Late Show with Craig Ferguson,” “Late Night with Conan O’Brien,” and have been repeat guests on NPR’s “Mountain Stage.”