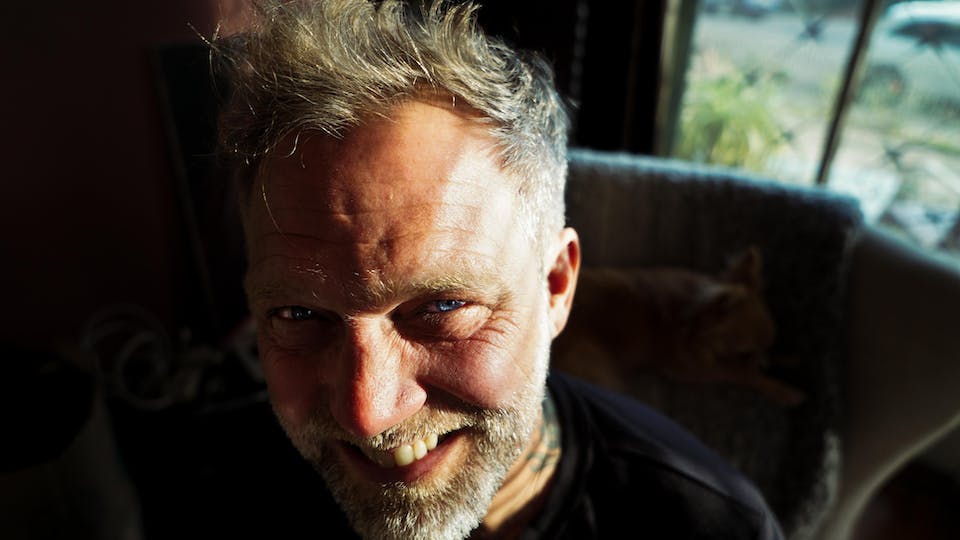 The Attic at Rock Brothers presents

Anders Osborne Solo at The Attic

At one point on his 2019 album, Buddha and The Blues, Anders Osborne sings, “Oh, it’s a miracle we still care. Oh, it’s so wonderful we’re still here. We’re still here!”

He’s not going anywhere either…

Osborne’s six-string virtuosity, inventive musicality, and poetic songcraft underpin an ever-expanding three-decade catalog celebrated by fans and critics alike. As a sought-after studio talent, his writing resounds through Keb Mo’s GRAMMY® Award-winning Slow Down, Tim McGraw’s number one “Watch The Wind Blow By,” and covers by Brad Paisley, Jonny Lang, Edwin McCain, Aaron Neville, and more. His output live and in the studio spans working with everyone from Eric Church, Toots and the Maytals, and John Scofield to The Meters, North Mississippi Allstars, and Galactic. His extensive touring history encompasses gigs, collaborations, and performances alongside everyone from Derek Trucks, Warren Haynes, and Stanton Moore to The Grateful Dead’s Phil Lesh and Jackie Greene. Not to mention, he lights up the screen on an episode of the HBO hit Treme. Plus, he has garnered acclaim from USA Today, Guitar Player, Relix, Offbeat, and more.

He also gives back whenever possible via the “Send Me A Friend” foundation and through writing music for New Orleans Children’s Museum. A pair of 2016 albums—Spacedust & Ocean Views and Flowerbox—maintained his prolific output at a record pace. Now, 2019’s Buddha and the Blues references the full scope of the creative and personal duality at the heart of everything this maverick does.

“I came up with the title early on, so I knew what the vibe of the record should be,” he explains. “Buddha and the Blues means the duality of our existence.”

As Osborne crafted the music, he pondered an existential struggle we all face. On the one hand, humans do good, but it’s under the expectation of personal gratification. On the other hand, they desire success and wealth, but they attempt to maintain an appearance of humility. This constant push-and-pull led him to write about “not getting lost in a sunken path or idolizing an intangible future, but instead to be present in this moment and to be fully alive.”

These thoughts filtered into the words, especially.

He goes on, “The lyrics are supposed to be true, conversational, and uplifting with clean, classic, and thumpin’ sounds. That’s what I set out to accomplish.”

In order to do so, he joined forces with “a world-class ensemble” of Waddy Wachtel [guitar], Bob Glaub [bass], Benmont Tench [keys], Windy Wagner-Cromwell [background vocals], and Chad Cromwell [guitar]. Chad also assumed the role of producer. Like “a big brother” to Osborne, the producer and artist leveraged years of friendship, trust, and creative kinship to “make a record [they] wanted to do for many years.”

“I didn’t have to push,” admits Chad. “It was his idea to let me ‘drive the bus,’ so to speak. That allowed him to focus on songs and his performances. The freer he is to write, play, and sing; the better the record. He really trusted me. To trust someone to help you make a record is an act of faith. It’s a big responsibility to make sure that happens. That’s a mighty thing Anders did, and I appreciate his trust. All signs pointed to this team, this time, and this music.”

The setting proved to be as instrumental as the players did. From the beginning, Osborne envisioned making the album in California, but not the big screen vision of Hollywood. It made perfect sense to zero in on a location just far enough from the city. Ojai felt perfect to siphon the soul of SoCal into wistful sun-soaked soundscapes. You can practically hear Ojai in the aural fabric of the album.

“The Southern California vibe was essential to the record,” Osborne continues. “Early on, Chad and I agreed it had to be tracked out there. I’ve been wanting to do this for a while, and we needed to go out there. You can hear the influence. It’s played with a gentle breeze and tight precision. Cutting it in Ojai was crucial to achieving the right atmosphere. I usually write with a location in mind, so it helps me stay focused and guides me to craft a body of tunes rather than individual songs.”

That “body of tunes” kicks off with the dusty dynamics of “Alone.” In the pocket of a steady beat, the twang of clean guitar offsets his gruff delivery as the track unfurls towards a discordant guitar lead highlighted by organ.

“‘Alone’ was a meditative prose I wrote in my backyard,” he says. “It had a circular vibe to it, When I added the music, I wanted it to match the poem: a small word with an epic impression.”

Elsewhere, “Escape” captures the tension prior to his California trip with its off-kilter groove and roots-y shuffle. A wail of slide guitar cuts through sunny strumming as an idyllic narrative unfolds on “Traveling with Friends.”

He adds, “I wrote ‘Traveling with Friends’ on St. Thomas, Virgin Islands while on vacation with my family. We had an amazing spot on top of a mountain overlooking a big part of the island, and I felt inspired and really grateful. I had a moment of relief from all of my searching and dissonance. I saw us all for what we are—beautiful, fragile, and in this tumultuous space trip all together.”

He crafted the perfect soundtrack to the trip with Buddha and The Blues, illuminating his own duality like never before. The message ultimately becomes clear in the music.

“Learn to choose,” he leaves off. “Be happy or continue suffering.”

Every now and then, a song, a voice, a lyric, splits your soul right in two and then proceeds to feed both sides. Raw yet refined, mournful yet optimistic, heartbroken yet inspiring... such is the dichotomy, the paradox, and the musical delivery of Joshua Reilly. Born, raised, and marinated on the cornfield-lined country roads of central Illinois, and then cultivated, ripened, and baked on the beaches and concrete swamps of Florida, Reilly understands hard times, he knows redemption, and this unfiltered honesty pours out through his music. It's a slice of life served clever and real.

Reilly has performed around the country, including a national tour in support of his 2017 album Mercy on the Strange. He has opened for acts such as Billy Joe Shaver, Robbie Fulks, and Slaid Cleaves. And while deepening his roots as a family man in Florida, Reilly has become one of the most respected and beloved musical acts in the Tampa Bay area. Maybe it's just Joshua and his guitar, or perhaps he is playing with any number of friends he refers to as “Corn-Fed Locals”... either way, his real, genuine, heartfelt energy is admired by young and old.

Reilly's style and message are all his own. "What I want people to get from listening to my music is, yes... there is hope in these hard times," says Reilly. His lyrics and music convey the poignant truth that life can be brutal or grand as we navigate the road ahead and face up to the road behind. As New York Times best selling author Tom Robbins wrote, "“Vocally and instrumentally, Joshua Reilly has a delivery like the last train out of Real Town before the android invasion. Clear the tracks!” 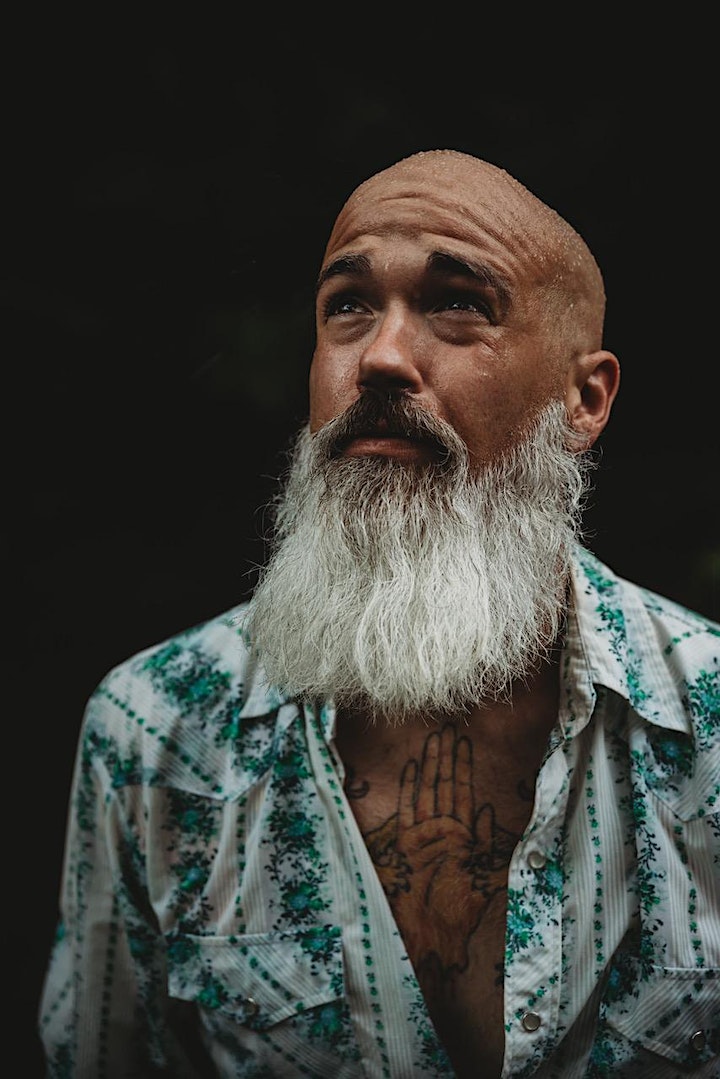