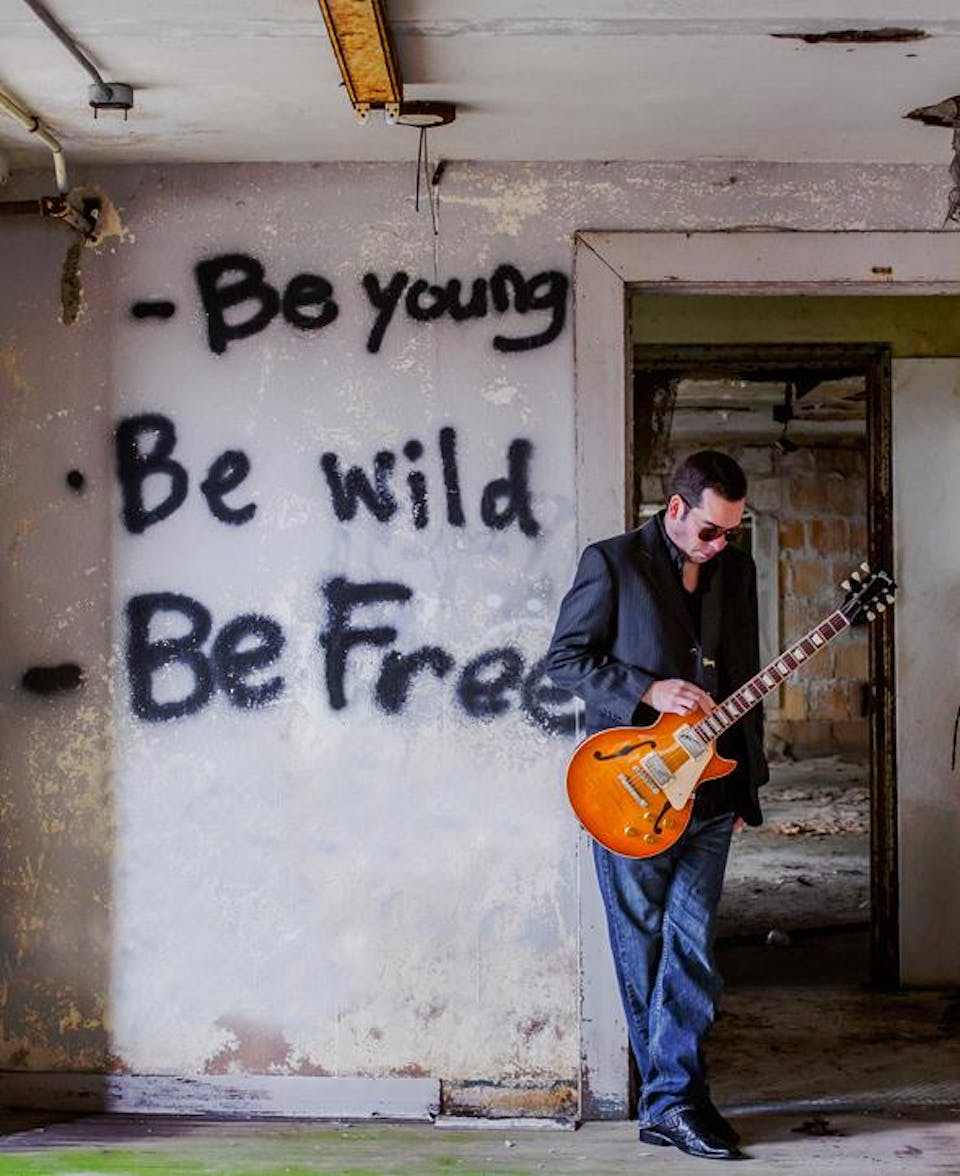 “It may be a bit premature to crown Albert Castiglia America’s newest King of the Blues, but there’s little doubt that he at least deserves the title of heir apparent.” — Miami New Times

As most artists will attest, the most unexpected circumstance can spark artistic inspiration. That’s a fact that hasn’t been lost on singer, songwriter and guitarist extraordinaire Albert Castiglia. With his latest album, the aptly named Masterpiece, he celebrates an unforeseen triumph — a connection with a daughter he never knew he had. The result is a work that’s both personal and provocative all at the same time.

Castiglia calls this the most meaningful album he’s ever made. “My daughter finding me and opening up my world to an additional family, including two grandchildren, brought out the deepest material I’ve ever created,” he notes, “along with my wife, they were my muses.” Indeed, songs such as “Keep On Swinging”, “Masterpiece” and “Bring on the Rain” address the unexpected emotions that infused his psyche with the discovery of a family he never knew.

“Prior to my daughter finding me, my entire adult life felt incomplete,” Castiglia reflects in the song “Bring On the Rain.” “I never knew why I felt that way. I could never put my finger on it. Then when I discovered my daughter, my heart was suddenly overflowing.”

The title track echoes the same sort of sentiment. “After my daughter and I connected for the first time, I submitted my DNA sample to the lab to confirm that I was indeed her father,” Castiglia recalls. “I knew she was my kid the second I saw her picture, but my daughter wanted closure and by me taking the test, it would put all the speculation to rest. On the day my results came up positive, I wrote a letter to my daughter telling her how happy I was to be her father. At the end of the letter I wrote, ‘I’ve been an artist for thirty years, but you’re my masterpiece!’ I ran with that line and made it the perfect song to express my love. As the lyric says, I loved her before I even knew her.”

Co-produced by longtime friend and colleague Mike Zito, and released on Zito’s own label, Gulf Coast Records, on May 24th, the album also finds Castiglia reflecting on the disappointment and disconnect that’s gripped the nation in the past several years. Several songs, “Heavy” and “Love Will Win the War”, deal with the dilemma that has impacted the those forgotten as the result of this modern malaise. “Heavy” brings those ideas to the fore. “It was inspired by people who live in this country and feel alienated, unappreciated, demonized and shunned by society,” Castiglia reflects. “The homeless, the vets, immigrants, people of color, teachers, the LGBT community…they were on my mind the whole time I wrote this tune.” “Love Will Win the War” goes even deeper into the horrors and violence that have shaken the very pillars of the nation’s faith and fortitude. Castiglia says it was inspired by the mass shootings that were all too prevalent in recent years. “Those horrific events got me thinking, ‘What goes through my daughter’s mind when she drops her kids off at school? Does she think the worst or hope for the best? I really have a hard time playing this song without choking up, because I have my grandchildren in mind when I play it. It’s sad, but I believe it’s also hopeful.”

The tone of the album underscores both its mood and its message, from the forthright stance of “Bring on the Rain,” the frenzy and fury of “Keep On Swinging” and the driving determination of “Catch My Breath,” “Thoughts and Prayers” and “Red Tide Blues,” to the rustic reflection of “Love Will Win the War,” the confidence and contemplation of the title track and the somber and sobering “I Tried To Tell Ya.” By Castiglia’s own admission, the sound is raw and unfiltered, little wonder since he and Zito play all the instruments between them.

“I think blues is a wide open net,” Castiglia once told a reporter. “There are a lot of different ways to do it…I’ve taken a lot of heat for what I do. Some people think I’m too edgy to be considered a blues artist. On the other hand, I don’t think that people like Muddy Waters and Howlin’ Wolf would have wanted me copying them and redoing their stuff. There’s no point in doing that. They would want me to do my own stuff.”

Of course, Castiglia should know. The Miami-raised musician served an apprenticeship while backing legendary blues musician Junior Wells. He later went on to work with singer Sandra Hall. Never content to allow himself to be confined to any particular category, he embarked on a solo career that’s yielded eight critically acclaimed album and consist kudos for his exceptional instrumental prowess, his searing vocals, and live performances that have dazzled audiences from coast to coast. It’s little wonder that Miami’s New Times lauded him as South Florida’s “Best Blues Guitarist” or that USA Today was inspired to remark “It’s a revelation to discover the thrilling retro-electric blues from this astonishing young guitarist.”

Likewise, BluesABout.com called Castiglia “one of those mid-tier artists that is just one album away from breaking big and becoming a household word in the blues world.” Or, as M Music & Musicians once noted, “His back-to-basics approach follows in the footsteps of those who fostered the blues in the Mississippi Delta and the smoky late-night haunts of Chicago.”

For now anyway, Castiglia is content to celebrate a new chapter in his life and what has become an added incentive for making music. That philosophy is perhaps best expressed in another song on the new album, a track called “Keep On Swinging.” “It’s about advice I would have given my daughter had I been around when she was a kid but which I’m now able to give to grandchildren,” Castiglia says.”’Keep on swinging, don’t let the haters get you down.’” I always try to remind them that they are special and can accomplish anything their heart desires if they only put their minds to it. They’re the ones that give me hope for the future.” 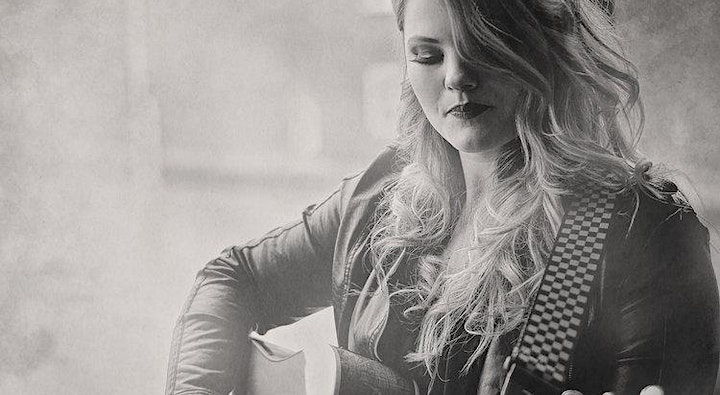 This soulful rocker, originally from Chicago, has had a passion for singing throughout her entire life. Growing up in a household that was rich in music, her influences were widely varied from artists such as Susan Tedeschi, Bonnie Raitt, The Pointer Sisters, Eva Cassidy, Etta James, Joss Stone, Jason Mraz, Black Eyed Peas, Christina Aguilera, and many more.

Despite these modern musical influences, Lauren was classically trained throughout most of her early life. She began classical piano lessons at the age of 8, was an active member of several choirs and began taking classical voice lessons when she began high school. She eventually took her love of singing to the Quad Cities and obtained a bachelors degree in music with an emphasis on voice at Augustana College. Initially she planned on becoming an opera singer, but quickly realized that rock and soul music were more her style.

Having listened to those around her, telling her that music and the arts were difficult fields to have a career in, Lauren followed the safe path in life, making sure she had a "back-up" plan while working on her music and performing. This lead her to The University of Kansas to complete her masters degree in music therapy. She worked for several years as a music therapist on a pediatric unit and at a school for at-risk youth in Kansas City. However, even with a steady job she found that passions don’t die easily, and despite her love of working as a music therapist, she was ready to take on the challenge of making music performance her career.

After officially completing her masters in 2012, Lauren began performing solo gigs around the greater Kansas City area and eventually put together a full band. She released her first official EP, “Do & Hope”, in August 2014. Fittingly, this EP was named after the unofficial motto of Lauren’s mother’s side of the family, who often remarked, “Just do it and hope it turns out okay.”

Lauren released her first, full-length CD titled, "Truly Me" in August 2015. And two singles, recorded in the legendary Ocean Way Nashville Studios, in 2016. Shortly after these releases she finally made the leap into becoming a full-time musician and moved to Nashville in February 2017.

Since moving to Nashville, Lauren has continued to tour and released her latest EP, now available on all platforms, titled "The Game".